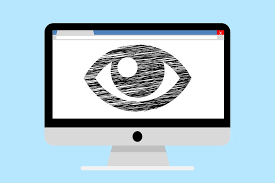 The Ministry of Home Affairs (MHA)  has issued an order allowing 10 government Agencies to monitor and decrypt any information stored in any computer on grounds of internal security. With section 69 of the Information Technology Act, 2000 paving the way for the act of ‘monitoring’ these agencies will not able to snoop on exchange of Information and material between individuals and groups

“In exercise of the powers conferred by sub-section (1) of section 69 of the Information Technology Act, 2000 (21 of 2000) read with the rule 4 of the Information Technology (Procedure and Safeguards for Interception Monitoring and Decryption of Information) Rules, 2009, the competent authority hereby authorises is the following Security and Intelligence Agencies for the purpose of interception, monitoring and decryption of any information generated, transmitted, received or stored in any computer resource under the said Act,” an order issued by home secretary Rajiv Gauba.

From where it came?

1885: In 1885 the British government formulated The Indian Telegraph Act to monitor the Indians (i.e. Freedom fighters, political leaders etc). This law was adopted in Indian Constitution at that time.

Section 5 of the Act gives the central government and the state government the freedom to monitor private conversations in the occurrence of any “public emergency” or in the interest of “public safety”, and if it is considered necessary or expedient to do so, in addition to the following instances: in the interests of the sovereignty and integrity of India; the security of the State; friendly relations with foreign states; public order; and for the prevention of incitement to the commission of an offense.

18 December 1996: In the People’s Union for Civil Liberties (PUCL) versus The Union of India judgment, the Supreme Court sets guidelines for tapping phones and monitoring communication.

June 2000: The president of India approved Information Technology Act 2000. Section 69 of the act empowers the controller of certifying authority to direct a subscriber to extend facilities to decrypt information stored or transmitted through any computer resource.

December 2008: Central Government amends Section 69 of the IT Act 2000 expanding its power to order interception for “investigation of any offence”.

2009: Government of India announces its plan to establish Central Monitoring System (CMS), a wide-ranging surveillance programme that will give ability to its security agencies and even income tax officials to tap directly into e-mails and phone calls without oversight by courts or parliament.

20 December 2018: Ministry of Home Affairs issues an order to telecom service providers, internet service providers and intermediaries, naming 10 agencies (mention above), who can snoop into a citizen’s personal computer on the name of national security.

Note: – MHA clarifies on the order, saying, no new powers have been granted to any of the 10 agencies named in its 20 December order. Says the order will ensure followed during a request for an interception. Each process will go through the approval of competent authority, i.e., the Union home secretary.

One thought on “Government’s Eye On Your Computers”